In case you don’t know, Facebook is the owners of Whatsapp. The Tech Giant company has been rumored to be misusing WhatsApp. Facebook has been prevented from making use of UK citizens’ WhatsApp data for purposes beyond the chat app itself.

According to a publication by BBC

The UK commissioner  said this would have breached existing data protection laws.

The US firm has now promised not to access the information until it becomes compliant with a new set of rules.

This is a reference to the forthcoming General Data Protection Regulation (GDPR), which comes into force on 25 May.

The legislation introduces new rules, including giving individuals the right to know the information an organisation holds about them – including data obtained from others.

At present, Facebook refuses to share so-called “shadow profile” information it has gathered about people via their friends and acquaintances.

It told the Gizmodo news site last year that it thought this would amount to a privacy violation of those who had provided the data.

Since then, the firm has given a commitment to make changes to obey the new rules.

The information commissioner, Elizabeth Denham, noted that a German court had confirmed the country’s own data-sharing ban with regard to WhatsApp and Facebook earlier this month. 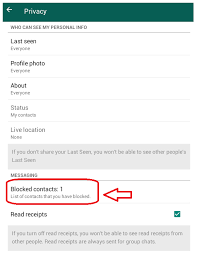 In addition, she highlighted that the ICO’s French equivalent was also in the process of bringing its own enforcement action against the company.

“I would like to stress that signing an undertaking is not the end of the story,” she added.

“I will closely monitor WhatsApp’s adherence to it,”

The updated WhatsApp FAQ page says that the phone number you used to sign up for WhatsApp with will be shared, as well as the last time you used the service.

Thanks to end-to-end encryption, Facebook will not be able to see your messages, photos or other media you share. Only you and the person you send messages to will ever be able to see that information. And any information that is shared by WhatsApp will not be publicly visible to anyone using Facebook. Meaning, if WhatsApp shares your phone number with Facebook, it won’t fill in the phone number field on your profile and make it visible to anyone.

Why is your information being shared?

The FAQ page says sharing your information with Facebook will help the two companies “coordinate more.” The claim is that it will help them “fight spam and abuse” more efficiently, as well as — and this is likely the bigger and more feasible reason — “improve your experiences within [Facebook] services” through targeted ads.

They say having your number will help them deliver product suggestions from companies “you already work with” versus one you’re not familiar with. How your phone number makes this possible isn’t exactly clear.

How to stop WhatsApp from sharing your data with Facebook

Fortunately, you can opt out and remove yourself from the whole situation very easily. Here’s how:

Who Is STEPHEN HAWKING & His Top 10 MAJOR Achievements.

HOW TO Tech Trends
3 min read