Who Is STEPHEN HAWKING & His Top 10 MAJOR Achievements.

Born on 8 January 1942 in Oxford, England, Stephen Hawking is a theoretical physicist, cosmologist and author. He is most famous for his work on black holes and for his bestselling book A Brief History of Time. Considered among the greatest scientists in Britain’s history, Hawking has received several awards including Gold Medal of the RAS, Copley Medal of the Royal Society and the Presidential Medal of Freedom. Know about his contribution to science and the honours he has received through his 10 major accomplishments and achievements.

#1   Along with Roger Penrose, he did ground-breaking work on singularities 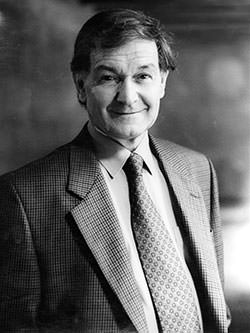 A gravitational singularity is a one-dimensional point which contains infinite mass in an infinitely small space. In a singularity, gravity becomes infinite, space-time curves infinitely and the laws of physics as we know them cease to exist. Along with English mathematical physicist Roger Penrose, Stephan Hawking did path-breaking work on singularities which proved their existence and theorized that the universe might have begun as a singularity. Their Penrose–Hawking singularity theorems attempt to answer when gravitation produces singularities.

With James Bardeen and Brandon Carter, Stephan Hawking discovered the four laws of black hole mechanics. These laws are physical properties that black holes are believed to satisfy and are analogous to the laws of thermodynamics. In January 1971, his essay titled “Black Holes” won the prestigious Gravity Research Foundation Award. 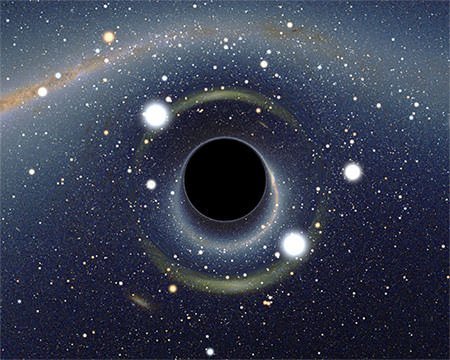 Simulated view of a Black Hole

Previously physicists believed nothing could escape a black hole. In 1974, Stephan Hawking showed that black holes emit radiation, which may continue till they exhaust their energy and evaporate. Stephen’s prediction of what became known as the Hawking radiation initially created a controversy but on further research was considered an important breakthrough in theoretical physics.

#4 He contributed to the theory of cosmic inflation

Introduced by Alan Guth in 1980, cosmic inflation is a theory in physical cosmology which proposes that following the Big Bang, the universe expanded exponentially before settling down to slower expansion. It is now widely accepted. Stephen Hawking was one of the first to calculate quantum fluctuations that were created during cosmic inflation and to show how they might give rise to the spread of galaxies in the universe. 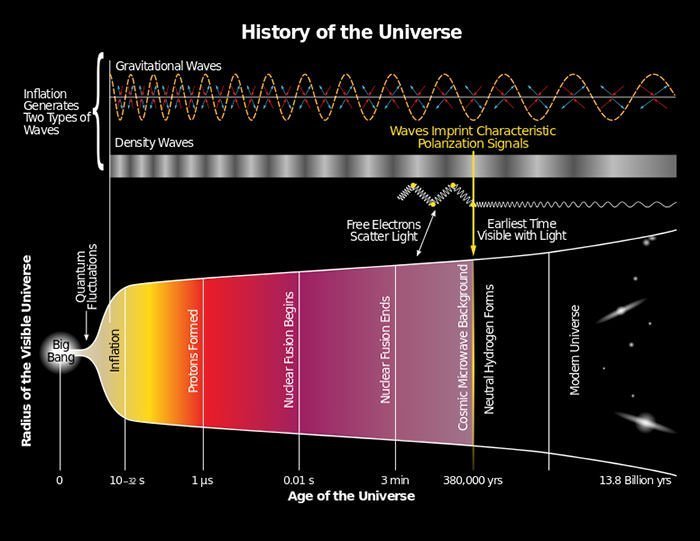 History of the Universe Diagram

#5 Along with James Hartle, he proposed an important model on universe’s initial state

Along with James Hartle, Stephen Hawking published a model known as the Hartle–Hawking state in 1983. It proposed that time didn’t exist before the Big Bang and hence the concept of the beginning of the universe is meaningless. The Hartle–Hawking state universe has no beginning as it has no initial boundaries in time or space. It remains one of themost prominent theories on the initial state of the universe. 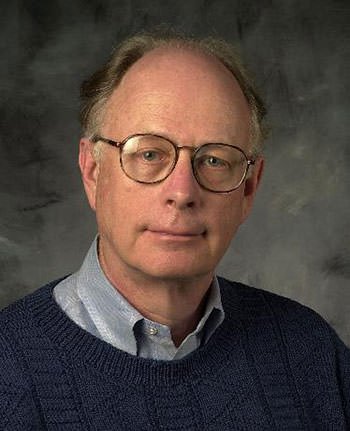 #6 With Thomas Hertog, he proposed a theory of “top-down cosmology”

In 2006, Stephen Hawking, along with Thomas Hertog of CERN, proposed a theory of “top-down cosmology”. It proposed that the universe had not one unique initial state but consisted of a superposition of many possible initial conditions. Thus as we don’t know the initial conditions at the beginning of the universe, we can’t have a bottom-up model. This leaves the possibility of only a top-down approach as we know the final state of the universe – the one we are in now. The theory became popular as it fits in with the well-known string theory. 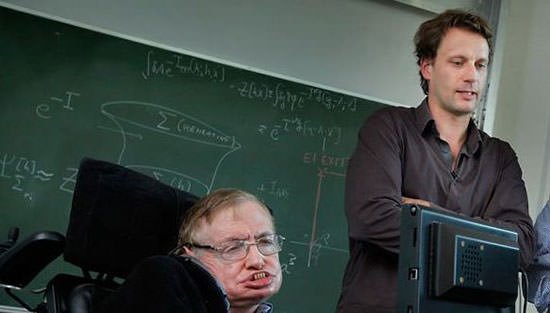 #7 Hawking wrote the famous book A Brief History of Time 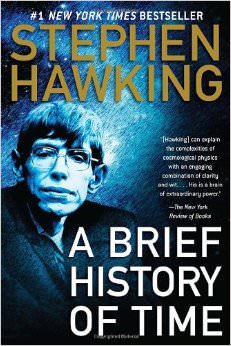 Cover of A Brief History of Time

In 1988, Hawking’s book A Brief History of Time was published. In it he explains a range of subjects in cosmology, including the big bang, black holes and light cones. The book was written in a non-technical language to clearly express his ideas to an average reader. A Brief History of Time became a bestseller and sold more than 10 million copies in 20 years. It appeared on the British Sunday Times best-seller list for arecord-breaking 237 weeks. It also enhanced Hawking’s international reputation and media described him as “Master of the Universe”.

After A Brief History of Time, several other works by Hawking were published which went on to be quite popular including Black Holes and Baby Universes and Other Essays(1993), The Universe in a Nutshell (2001), On The Shoulders of Giants (2002), and God Created the Integers: The Mathematical Breakthroughs That Changed History (2005). He also co-authored a series of children fiction novels with his daughter Lucy Hawking.

In 1974, a few weeks after the announcement of the Hawking radiation, Stephan Hawking became one of the youngest persons to be elected to the Royal Society of London. In 1982 he was made Commander of the Order of the British Empire (CBE) by the Queen. In 1985 he was given the Gold Medal of the Royal Astronomical Society (RAS), the highest award given by the RAS. In 1987 he was awarded the Paul Dirac Medal by the Institute of Physics for his outstanding contributions to theoretical physics. In 1988, Hawking and Penrose were given the Wolf Prize, a prestigious international award granted in Israel. 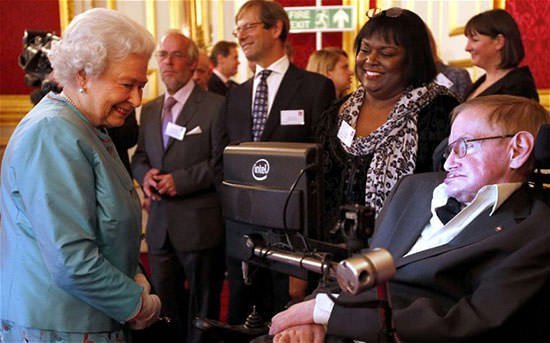 In a 2002 poll conducted by BBC in the United Kingdom to determine whom the public considered as the greatest British people in history, Stephen Hawking ranked 25. In 2006, he was awarded the Copley Medal from the Royal Society. In 2009 US President Barack Obama presented him the Presidential Medal of Freedom, the highest civilian award of the United States. In 2013, Stephen Hawking was awarded the Russian Special Fundamental Physics Prize, which has been dubbed by the media as the ‘XXI Century Nobel’. 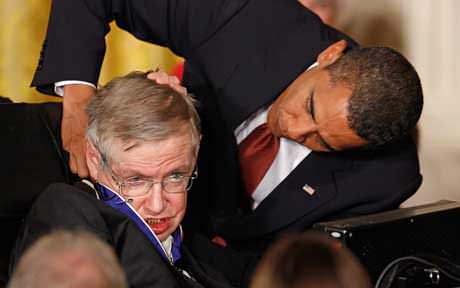 Higgs boson is a particle which was proposed to exist as part of the Higgs field theory by Peter Higgs in 1964. Stephen Hawking emphatically argued and bet that Higgs boson would never be found due to which he had a public dispute with Peter Higgs. Higgs boson was discovered in July 2012. Hawking quickly conceded that he had lost the bet and said Peter Higgs should win the Nobel Prize for Physics, which he did in 2013.

Calendar app in your Macbook mines cryptocurrency in the background