Motorists and Cyclists often have routes for beating traffic than most automobiles. The tech giant Google has introduced a new feature called the TWO-WHEELERS MODE to help beat traffic. The feature displays routes that faster to get to your destination.

The Two Wheeler mode offers shorter and faster routes to destinations. The feature also shows which time frame of the day has shorter routes. The Google map will show an estimate of the kilometers trip and the minutes.

They can then plan how much time to give a journey based on the likely levels of congestion. Although this feature is yet to be fully rolled out, the UK and US users of the firm’s Android app will see the new graph at the top of the directions when they select a destination in Maps. 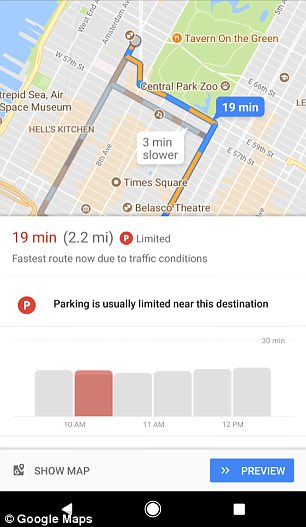 You’ll need the latest version of Google Maps on Android – v.9.67.1 to be precise – to try two-wheeler mode. Hopefully, it’ll roll out to other countries that face traffic congestion and support large numbers of motorbikes. Google is slated to announce a few updates to its ‘Google for India’ initiative today, so we’ll soon learn if this feature is designed only for the country.

Tinder To Use Artifical Intelligence (AI) For Hookups.